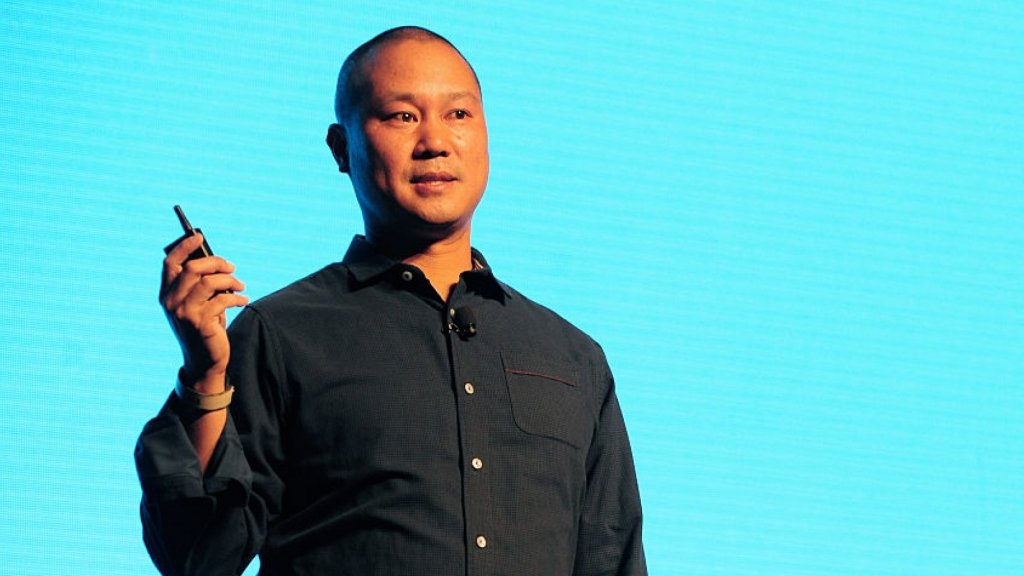 Tony Hsieh Had a 2-Word Employment Policy at Zappos, and It Was Absolute Genius

There are many good reasons to remember Tony Hsieh, but I keep thinking about one in particular: an unusual employment policy at Zappos, where Hsieh was CEO for two decades.

It’s even more poignant after Hsieh died Friday, at the far-too-young-age of 46.

Zappos twice built companies from the ground up and found big exits: Zappos to Amazon for $1.2 billion, and before that, LinkExchange, which Microsoft acquired for $265 million before Hsieh turned 25.

He was also a booster of the city of Las Vegas, where Zappos is headquartered, and a thought leader in entrepreneurship and business, starting with the publication of his book, Delivering Happiness..

But, I’d like to remember him for something else.

Not just the quirkiness for which he was known — a near-billionaire who lived in an Airstream trailer because, as he once explained, he valued experiences over things — but instead, for the 2-word policy Zappos had for new employees.

I’m talking about “The Offer,” a policy that now is an even bigger reminder that life is short, and we only get so many chances to find our true callings.

The program worked like this: After a week or so the job, some new Zappos employees would be told they had a choice.

They could continue on the journey they’d begun — or else, they could quit. If they chose “quit,” the company would pay them to go.

“Why?” asked Bill Taylor in Harvard Business Review in 2008, when the maximum “offer” was $1,000. “Because if you’re willing to take the company up on The Offer, you obviously don’t have the sense of commitment they are looking for.”

It wasn’t altruism; Zappos was better off without employees who didn’t want to be there. But, I can’t help but think that it was a real favor for people who took jobs at Zappos only to realize it wasn’t the right fit.

After Amazon acquired Zappos — and allowed it to remain a freestanding division, under Hsieh’s leadership — “big Amazon” adopted a version of the idea as well.

The  Amazon iteration involves offering Amazon fulfillment center employees $1,000 per year that they’ve worked at Amazon to quit, up to $5,000.

Hsieh sold Zappos to Amazon in 2009, and I suppose the reason that “The Offer” resonated so sharply with me when I first heard about it is because of what I was doing at exactly that time.

Short version: I started a new six-figure job as a lawyer, only to realize on the very first day that I’d made a big mistake in taking it. I quit immediately — there was no $1,000 or $5,000 offer in it — and the situation lit a fire under me to start a business quickly that could support a family.

A while later, when I wrote about it, I got my 15 minutes of fame out of the whole experience. But the real benefit was reaffirming that life was too fleeting to spend more than a single day in a job I knew would not be for me.

Reports say Hsieh was injured in a house fire in New London, Connecticut on November 18, before succumbing on Friday. The story of what happened is still developing; local news reports said fire officials called it an “active investigation.

So, rest in peace Tony Hsieh. I hope and pray his family finds comfort. Others will share their tributes: Jeff Bezos, Chris Sacca, and Tony Hawk, for example.

But I’ll remember him also for the lesson of “The Offer.”

Life is far too short to follow the wrong path. And today is always a great day to start finding the right one.

City Slick: A Cool Apartment for a Couple "Who Lives and Breathes Urban Life'