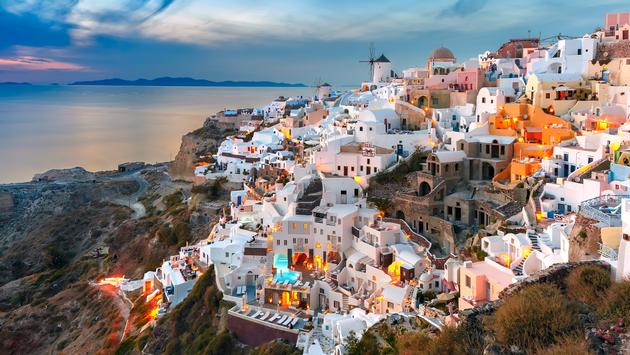 Everything about Santorini wines

Find Santorinitours.org at Emporio 847 03, call us on 694 457 7918 and book Santorini tours. Read about everything about Santorini wines.

Santorini has one of the oldest vineyards in the world, over 3000 years old. Due to the dry climate and the special composition of the soil, the wineries of Santorini produce one of the most special and famous wine varieties of the Mediterranean, Assyrtiko.

Other well-known varieties are Athiri and Aidani (white varieties) and Mavrotragano and Mandilaria (red varieties).

How did Santorini become one of the most popular destinations for wine lovers?

Fair competition between wineries, Santorini’s volcanic profile and the island’s reputation, have skyrocketed the wine industry.

The island has turned into a paradise on earth for tourists and especially for wine lovers.

So let’s check out some of the best wineries in Santorini.

We start with the winery that pioneered, in opening the door of wineries, to the public of Santorini.

It has been awarded as one of the ten Architectural Wonders of the Wine world and one of the World’s most extravagant Wineries.

It is located in Megalochori and prices start from 25 euros.

It is the only underground wine museum in Greece. The tour is available in all languages. Normal history course, about winemaking in Greece and especially in Santorini.

The wine tour ticket includes: entrance, parking, guided tour, tasting of 4 wines of the winery and electronic tour device in the language of your choice. Price: from 9 euros.

The newest winery in Santorini and one of the most modern wineries in Greece, opened its doors to the public.

It is located in Oia, in the village of Vourvoulos and the prices of the visit start from 20 euros.

A winery with a balcony on the Caldera, where you can enjoy its wonderful wines, overlooking the Sea. It is located above the port of Athinios and the prices start from 10 euros.

On the eastern side of the island, between Kamari and Monolithos, you will find a traditional stone building, which houses the Gaia winery.

A former tomato factory that has been transformed into the most industrial winery in Santorini. The wines that steal the show are Thalassitis, Assyrtiko of Gaia (wild ferment) and Thalassitis barrel.

The most popular winery in Santorini. It is a partnership of producers from Santorini with the largest wine production on the island.

It is located a little outside the traditional village of Pyrgos and is only 4 kilometers from the Capital of Santorini, Fira.

Wine tasting suggestion: If you are not, however, we would recommend Santorini Night and for dessert, the wonderful Vincento.

It is located in an idyllic location, in the ancient plain in Oia. From the winery’s menu, dinner (4-10 people) stands out. A unique experience, which combined with the delicious wines and the sunset as a background, will be unforgettable.

No special recommendations are needed for a winery that was in the list of the 100 best in the world, in 2005 and 2006. You must try, the award-winning wines of Argyros such as the wonderful Vincento, Assyrtiko Argyros and estate Argyros barrel.

However, the show is stolen by the handmade organic dark chocolate containing 10% vinsando and rooibos tea. The winery is located in Episkopi Gonia, Thira, also known as Mesa Gonia.

The most picturesque winery of Santorini is located in Megalochori. It is worth learning its history written on the walls, crossing the tunnel, which leads to the winery canvas.

There began the cultivation of some rare varieties such as Gaidouria and Katsanos.

Wine tasting suggestion: You should definitely try the dry, rosé produced from the local Boudomato variety, one of the rarest varieties in the world. We would also recommend Xenoloo and Santorini Gigeneis Zymes.

The oldest winery in Santorini, is located in Episkopi Gonia (Mesa Gonia) and has been operating since 1836.

The winery is housed in a traditional island building surrounded by beautiful bougainvillea. Its picturesque decoration will take you back to the past.

Wine tasting suggestion: If you go to Kanavas tou Roussos and don’t try Mauratheros, it’s like going to Thessaloniki and not trying Malagouzia Gerovasileiou.

However, what impressed us more than anything other than the vines, is the technique of the traditional bun. Due to the strong winds in Santorini, the winegrowers had to adapt to the conditions. This resulted in them devising this unique technique to avoid disasters.