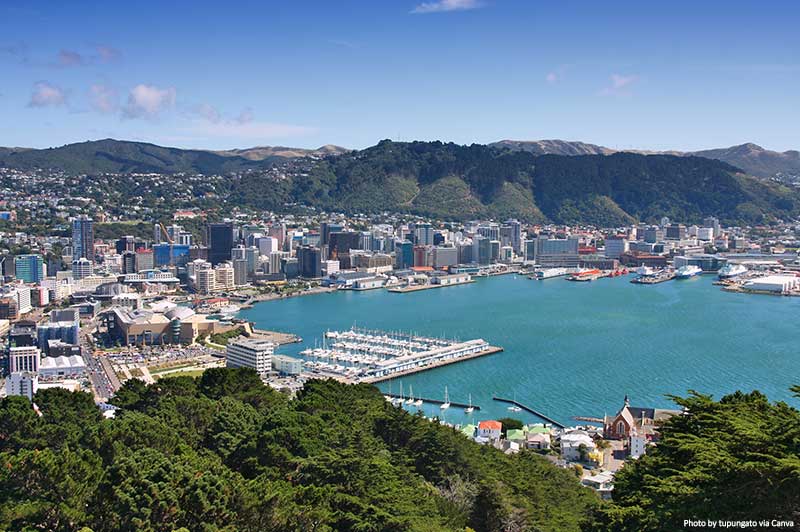 Things to Do in and Around Wellington (New Zealand)

Although not the largest city, Wellington is the proud capital of New Zealand. Located in a bay on the southern tip of the North Island, Wellington is a vital harbour city and transportation hub for both the North and South Island. Instead of just being a convenient stopover, Wellington has compelling museums and pleasant parks, as well as numerous hip coffee shops and bars.

In case you pass by “the Windy City” during your adventure in New Zealand, you can turn to our list of things to do in and around Wellington. And although New Zealand is known as a pricy country to travel, most of these sights in the capital won’t break the bank at all.

This museum, commonly referred to as Te Papa, has one of the most complete collections regarding New Zealand’s history, nature and culture. One floor is dedicated to the natural history, with exhibitions on the country’s unique wildlife, flora and the role volcanism played in shaping the islands. Other areas introduce you to native birds, their songs, and global issues such as climate change. Another permanent exhibition tells visitors about Maori art and culture, with even large traditional houses and boats on display.

Te Papa also has contemporary expositions; currently Gallipoli: The Scale of our War is a striking representation of the story of New Zealand soldiers battling in Turkey during World War I. You can see the horror of the Gallipoli campaign and New Zealand’s involvement through documentaries, scale models, eyewitness reports and remnants such as weapons.

The massive, realistic statues of eight people who were involved in this battle were specially designed for this display, and are incredibly moving. Gallipoli: The Scale of Our War is on display until April 2022.

The ground floor of Te Papa houses a gift shop with a wide range of New Zealand products and souvenirs. Just like the Wellington Museum, the permanent exhibitions of Te Papa are accessible for free. You can also discover the Gallipoli exhibit without having to pay. Below is a guided tour should you want to have an advanced visit.

The city has its own dedicated museum that focuses on the role of Wellington as a significant seaport and the capital since 1865. Wellington Museum is located within a historic building close to the waterfront, which is the perfect setting for an exhibition like this.

A chronological timeline with trivia on Wellington in the 20th century really gives you a proper introduction to the city and a sense of knowing Wellington before you’ve even explored it. In another area of the museum tales of sailors and ships are told through films and historic artefacts. Here you can also learn more about the history of Wellington being a nuclear-free port.

The entrance to Wellington Museum is also free – an added bonus.

For admirers of the fantasy worlds created by the British author J.R.R. Tolkien, the Weta Cave & Workshop on the eastern end of Wellington truly is a place of pilgrimage.

The Weta Workshop originally was a creative studio that designed costumes and characters for several blockbusters, but since the launch of the world-famous The Lord of the Rings and The Hobbit film trilogies, the Weta Workshop has mainly been acknowledged as the brain behind the creation of Middle Earth’s both foulest and most gentle characters.

You can join different tours, from a 45-minute peek behind the scenes during the Weta Cave Workshop Tour, to more thorough tours which include dinner. Whichever tour you book, you’ll definitely get a glimpse of the creative process of shaping the fantasy characters. Tour prices range from 28 NZD for the Workshop Tour to 329 NZD for the Full Experience & Cultural Tour.

A free alternative is available, however. Every visitor can revel in the collectables and real-life statues in the shop, pose with huge trolls, and meet miniature figures of their favourite film heroes.

If you’re into vegan cuisine, cosy cafes, and the bohemian lifestyle in general, Cuba Street is worth exploring. This hotspot for hipsters and artists stretches for 1 kilometre in the very heart of the capital. Cuba Street once was a shady quarter with scruffy bars, a prison and brothels, and although the street has been cleaned up, the beatnik atmosphere didn’t entirely disappear.

The strip has 40 heritage buildings and is also home to the iconic Bucket Fountain, that often soaks unaware pedestrians by tipping over significant amounts of water. Cuba Street breathes the history of old Wellington, and it’s the right spot if you’re into street musicians, neat cafes, and historical architecture.

Wellington is located within a bay surrounded by hills. One of these elevated areas is Mount Victoria, a lush park east of the central business district. Most of the travellers and locals head for Mount Victoria Lookout, from where downtown is perfectly visible to the west and the airport and Evans Bay to the east. The views are quite possibly the best you can get in and around town.

The lookout, however, isn’t the only draw to Mount Victoria; mountain bike trails are spread around the lookout, and mainly run through pine forests.

As a bonus for hardcore Lord of the Rings fans, one of the official filming locations is actually situated in this park. Follow the Hobbit’s Hideaway on the map, and you’ll find the tree where Frodo and his friends were hiding from a Black Rider in The Fellowship of the Rings.

Wellington Harbour is one of the most picturesque spots of New Zealand’s capital. Along the walkway that stretches for almost 2 kilometres, you can find plenty of historic buildings, street performers, and pop-up markets. By casually strolling the shoreline, you’ll bump into the majestic town hall of Wellington, the 19th-century Harbour Board Wharf Offices, and the Civic Square with its hyper-modern artworks.

Keep an eye out on the water itself, where huge stingrays regularly float by. 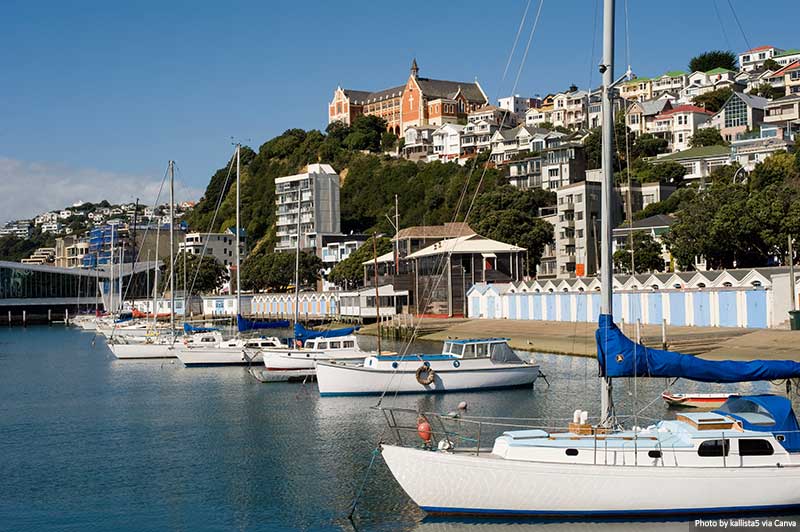 Drive no more than 20 kilometres north of downtown Wellington, and you’ll be surrounded by the bushland and volcanic rock formations of Belmont Regional Park. If you’re seeking for an unwinding location near Wellington to have a picnic, go hiking, or follow the mountain bike trails, this is the best you can get. Tramping is the most popular activity, and many of the trails lead through a native forest where you’re miles away from the bustling city. At the Dry Creek entrance sits a campground, where you can escape the city for a bit longer.

Art lovers simply can’t ignore this museum of contemporary art near the waterfront of Wellington harbour. The City Gallery has ever-changing exhibitions with works from New Zealand artists, as well as international creatives. For 2020, abstract works by New Zealand painters, and artworks that display the complexity of airports are just some of the many exhibits. 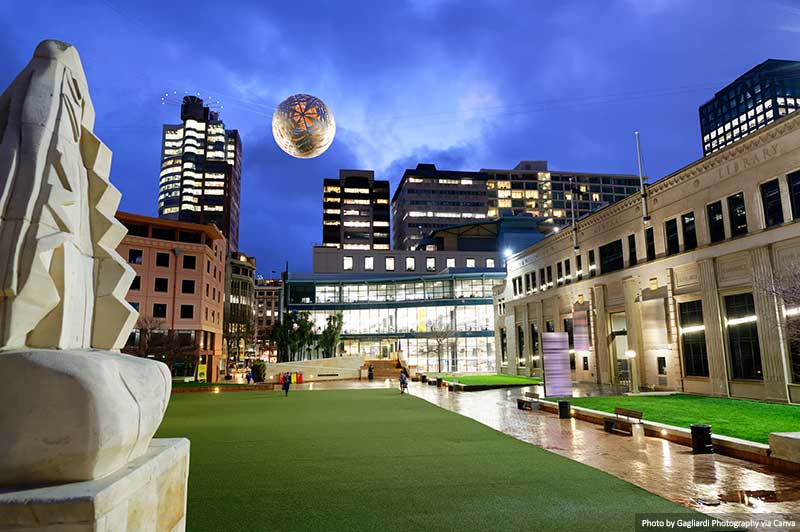 Wellington has marked itself on the tourist trail. This is thanks to its art scene, significant museums, and spaces to enjoy the greenery New Zealand is much loved for. Whether Wellington is part of your North Island itinerary or it’s merely a stopover for further travels, it’s worth to take a break for a while and explore the capital.

Remodeling 101: In Praise of Wall-Mounted Faucets

Microsoft, Google, and Twitter Are Telling Employees to Work From Home Because of Coronavirus. Should You?