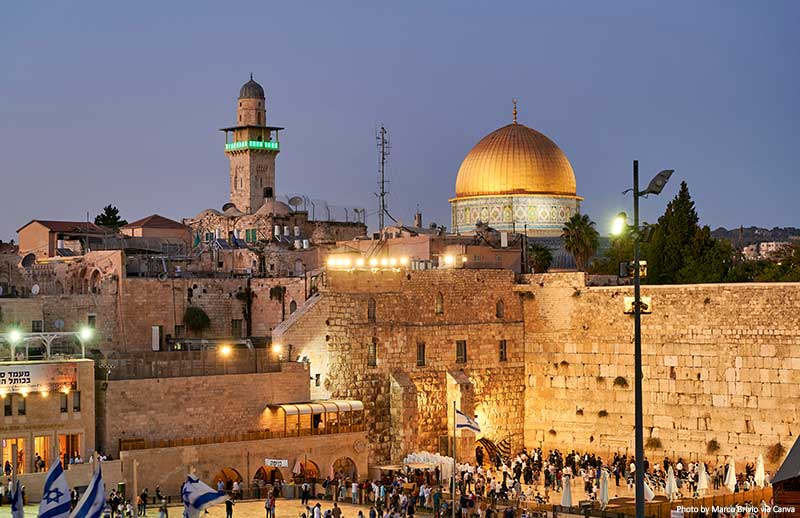 10 Best things to see and do in Jerusalem

Jerusalem may be the centre of one of the most long-lasting conflicts of the contemporary era, but this fact does not define this glorious city in the slightest. Jerusalem is called “al-Quds” in Arabic, which means “the Sacred” or “Holy” and it is exactly this. It is a unique city which is central to the three Abrahamic faiths. Christians, Muslims and Jews make a pilgrimage to this unique city from all over the world.

The old city of Jerusalem is well-preserved and quaint, but Jerusalem has expanded to include the new and modern too. Since Jerusalem attracts pilgrims from all over the world, you can interact and make friends with people from all walks of life.

To get a true picture of the vast diversity of the city, you should endeavour to explore by foot. By walking just a few minutes you can cross the Arab quarters to the Jewish area of the city. From here the Russian compound is also just a few streets away and great monuments of the Christian faith such as the Holy Trinity Cathedral can be found here.

Read on for 10 of the best things to see and do in Jerusalem.

1. Visit The Dome of the Rock Sacred Sacred Sanctuary

The Golden dome of this beautiful mosque is iconic and central to the landscape of Jerusalem. At the heart of the sacred sanctuary is the large stone from which Muslims believe the prophet Muhammad ascended the heavens on the night journey. The mosque itself was built in the 7th century CE by the Umayyad caliph Abd al-Malik ibn Marwan.

The structure and shape of the Dome of the Rock is octagonal which also makes it exceptionally striking and memorable. The beautiful blue tiles on its exterior are wonderful to behold on a sunny day. The al-Aqsa mosque also lies at the end of the sanctuary. Both mosques are still actively used for the Muslim prayer and Muslim visitors come from countries all around the world to pray there.

Due to the sensitivity surrounding the location, while tourists are welcomed into the sanctuary on most afternoons, they are not permitted to enter the mosque buildings. The sanctuary itself, however, allows for great views of the buildings and surrounding areas. Tourists should dress modestly, covering the legs and shoulders. The sacred sanctuary is also known as temple mount and is sacred to the Jewish and Christian faiths too.

The Arab souq of the old city is an experience in itself. With its narrow and winding alleyways, it is reminiscent of markets of times gone by. Among other things, there are all types of clothing, memorabilia, sweets, and fresh bread available throughout the souq. The souq closes early, before 7pm, and so making most of your mornings is crucial to experiencing the hustle-bustle of a lively souq.

3. Visit the Church of the Holy Sepulchre and the Mosque of Omar

The Church of the Holy Sepulchre is one of Christianity’s most revered buildings. It is believed to be the site where Jesus was resurrected and it is visited by pilgrims from all around the world. The enchanting aroma of frankincense hits your nose upon entry and transcends through the church. It is particularly busy around Easter time, and tourists will enjoy the festivities during this period.

Little known is the Mosque of Omar which is located opposite the Church. It is said that when the second Caliph of Islam, Omar, visited the church he was invited to pray but he declined. Instead he exited and prayed outside the Church. His explanation was that he did not want the Church to be converted into a mosque because of his prayer within it and so a mosque was erected on the site of his prayer outside to honour his wisdom and thoughtfulness. This story captures the spirit of this glorious city where people from all walks of life come together in harmony to enjoy and marvel at its unique character and history. 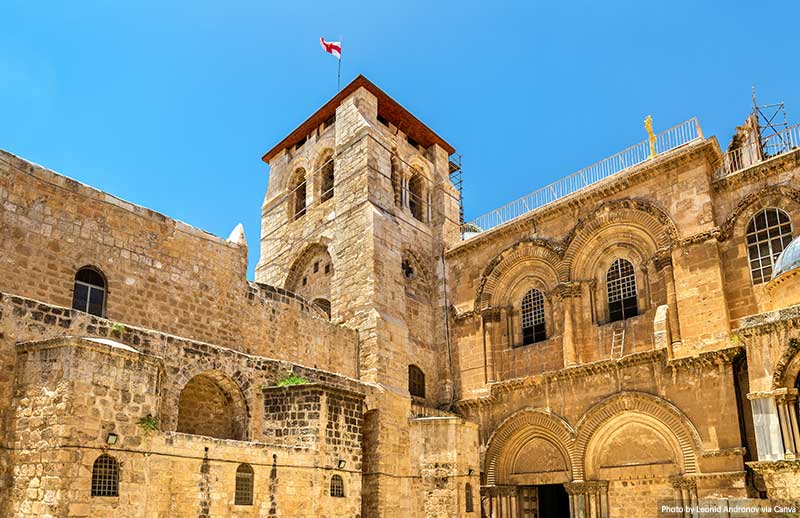 The Wailing Wall or the Western Wall is central to the Jewish faith. It is the western wall of the sacred sanctuary and is thought to be the original wall built by King Herod. It is a popular site of religious tourism and visitors who are welcome there daily. The wall is divided into a section for male and females and it is a place for prayer and meditation. Similarly to entering the sacred sanctuary, it is important to dress modestly here. 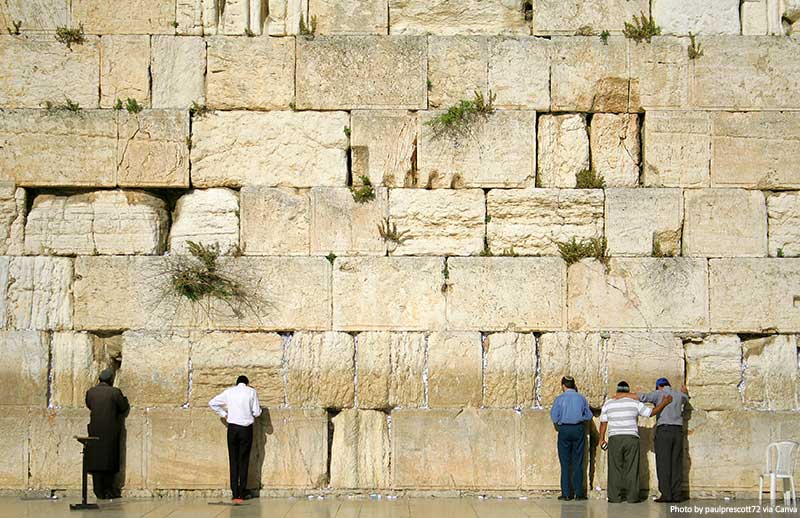 There are numerous day tours that you can embark on from Jerusalem. The Masada and Dead Sea tour is one worthwhile option that will give you an enlightening and enjoyable experience. It is a full-day tour from Jerusalem and you will be able to visit the ancient fortified palace of Masada and then go on to visit the Dead Sea.

The Masada ruins are around 1,300 feet above sea level and you will be taken to the site by cable car where you can explore the ruins of a fortress which dates back to 37 BC. From here, you will be taken to the Dead Sea, which is the lowest place on earth. Be prepared for a unique experience in the salt-laden water.You will also have opportunities to take a mud bath and benefit from the healing properties of the natural Dead Sea mud.

Yad Vashem is the largest Holocaust memorial in the country and is located on the outskirts of Jerusalem. The new Yad Vashem Museum was opened in 2005. It has photographs, films, documents, letters and art which all depict the horror that took place prior to the second world war. The Hall of Names contains around three million names of Holocaust victims and it is difficult to fathom the number of lives cut short due to hatred and fascism. It may not be a fun visit, however, it is a good way to recognise the atrocities that took place and also remind ourselves of why nothing like that should ever happen again. 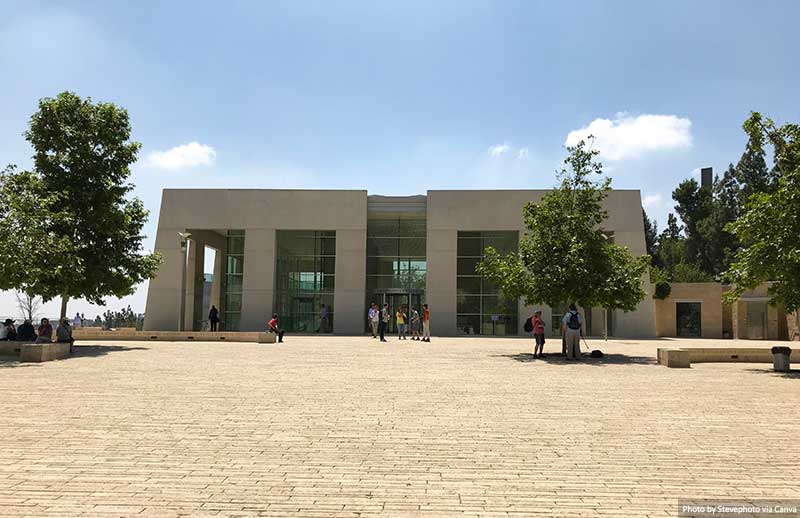 The Tower of David Citadel is also known as the Jerusalem Citadel. It is a historical piece of architecture that is situated on the western periphery of the old city. The citadel that you can visit today dates back to the Mamluk and Ottoman periods. There is some dispute about whether the name relates to King David or not, however, it remains that it is a place of ancient history that has been frequented by tourists and visitors from all over the world throughout time.

From the towers of the Citadel, you can enjoy stunning panoramic views of Jerusalem. This includes the Old and New City, the Mount of Olives, the Judean Desert and even the Dead Sea in the distance.

8. Walk the Via Dolorosa

The Via Dolorosa is a route of the procession that is visited and walked by pilgrims throughout the year. It is located in the Old City, and Christians believe it is the path that Jesus walked on his way to the crucifixion.The route winds down from the former Antonia Fortress to the Church of the Holy Sepulchre and tour groups can be seen walking this path in solemn remembrance. It is particularly busy and popular during Easter time.

If there is one thing visitors to Jerusalem will remember it is the delicious food. If you’re a fan of shawarma, a variety of salads, hummus and freshly brewed tea, then you are in for a potential treat on every street corner. In addition, there are also restaurants that cater for all kinds of palates and budgets.

The West Bank may not be the easiest place to get around on public transport due to the on-going occupation and so a guided tour is the most comfortable experience. Travelling around outside Jerusalem will essentially grant you a more wholesome picture of the country and region and everything it is currently experiencing.

The tour starts with the baptism site of Jesus, and moves on to Jericho, which is believed to be one of the oldest cities in the world. From there, you can go on to enjoy the modern bustling city of Ramallah. The tour ends in Bethlehem with a visit to the Nativity Church and the Milk Grotto. The Separation wall can be witnessed in Bethlehem, with ample art depicting the current state of affairs in the region to reflect on.

For a culture rich and exciting holiday that brings together the best of the modern and ancient, Jerusalem will not disappoint. It is a place that has been the centre of pilgrimage throughout the ages, and it has witnessed the rise and fall of many rulers and empires. Jerusalem today still stands with the wounds of the on-going situation, however, this has not deterred visitors from all over the world.

Among the many things to do is marvel at the glorious Dome of the Rock, take a solemn walk down the Via Dolorosa, and enjoy mouthwatering food. Jerusalem offers a wide range of experiences that are little matched by any other place. You will also meet people from all over the world. From friendly Greek Orthodox priests to large and bustling Turkish groups, you may find that you also have ample opportunity to make international connections for life.

Faz is mother and writer who loves travelling and has spent time in several countries across the globe. She is an enthusiast for all things cultural and linguistic and also works as a translator.[Read full bio]

We recommend the below options to book your hotels, activities and flights:

How to Buy Household Goods on Craigslist: 10 Tips and Tactics

The 1 Thing Great People Managers Do to Retain Talent