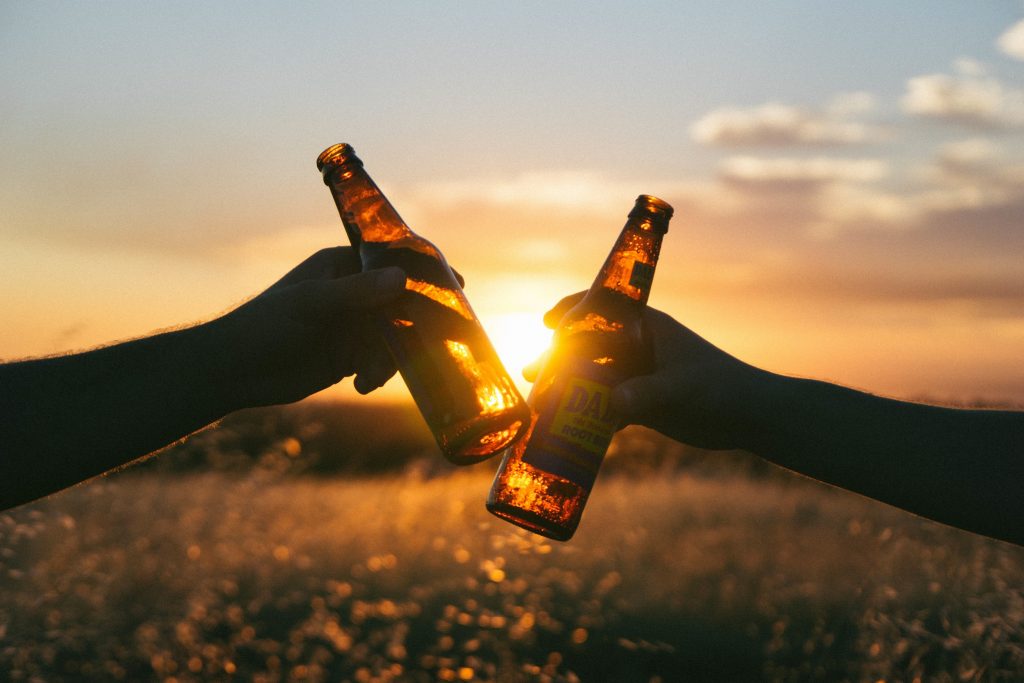 The un-beer-lievable price of beer around the world

We pride ourselves on how many different languages we can order a beer in as well as our knowledge of beer in general. So, we had a look at how much a cold one will set you back in some of the most popular travel destinations for 2020.

And if you’re not a big drinker or are teetotal altogether, don’t worry. Our list includes some non-alcoholic beers and breweries too.

One word: pubs. If there’s one thing the Brits know how to do it’s the public house. And drinking, of course. They’ve been making beer since before the building of Stonehenge, for hops sake. It’s part of who they are. Head to literally any traditional pub in any county and you won’t be disappointed with the tap offerings. Or drink with the London locals at the Bermondsey Beer Mile where you can try 17 different breweries. Bonus pints for anyone who can complete the whole thing! Unfortunately, the price of beer in London does tend to be higher than other cities, though.

The Middle East isn’t somewhere that springs to mind when chatting all things alcohol due to religious restrictions and related laws. But Lebanon is different. The country may be known for its wine, but its capital, Beirut, is turning into a haven for beer lovers. It’s also known as party central and well, we’re okay with that!

Most travellers will head straight for Bangkok’s Khao San Road and sink one or two (or five) Singha or Chang beers with their new mates. It’s basically a rite of passage for any backpacker. But did you know it’s illegal to microbrew according to Thailand’s 1950 Liquors Act? Rebellion is brewing as a few microbreweries pop up and Thai brewers make the beer abroad in places like Laos and Cambodia and import it. Like most places in South East Asia, the price of beer in Thailand is backpacker friendly.

Another South East Asian gem for beer lovers, Vietnam is home to some easy-drinking lagers, perfect when washed down with a pho or bánh mì. It’s also the birthplace of bia hơi, draught beer brewed daily and matured for a short time. It’s strong and cheap, but it won’t tickle all tastebuds. However, it is hella cheap (we’ve seen it for a mere ¢18 before)! But the price of beer in Vietnam isn’t exactly high if you’re after a traditional Saigon, Hanoi or 333.

Price: $1.10 (24,949 VMD) But craft beer will be higher.
Where to go: Find any street bar with the quintessential tiny plastic stools and a sign that reads bia hơi and drink with the locals. Or try these…

We all love a classic Coors Light and Budweiser beer, but there is a ridiculous amount of craft breweries to choose from too. The West Coast especially, is drenched in IPAs and pale ales, with the craft beer cult taking over the Pacific Northwest in recent years. Ale yeah!

Like ours, Canada’s craft brewery scene has blown up over the past few years, especially in the big cities of Vancouver and Toronto. Every month there seems to be a new brewery popping up. Sorry, but the Canadians know how to do beer!

Like the UK, Australia has a huge drinking culture, so there are plenty of beers to choose from – this makes us very hoppy. Whichever state you’re in, you’ll never be stuck for a classic VB, XXXX Gold, Tooheys Extra Dry or Carlton Mid. But be sure to try one of the many craft breweries. Or grab a stubby to go.  The price of beer Down Under, like most things, tends to fluctuate from state to state.

Not one to shy away from a good time, South Africa is definitely up to speed on the worldwide craft beer game. Sure, Stellenbosch Wine Route is a popular draw for travellers, but its got some seriously good brews to try. Plus, the price of beer in South Africa isn’t going to break the bank. Win!

New Zealand may be known for its crisp Marlborough whites and dark juicy reds, but they love filling up the chilly bin (that’s the cooler to us) with a pack of beers and heading to one of their beautiful beaches with their bros. The price of beer in this part of the world isn’t exactly cheap but it’s totally worth it. Shaka, brah.

Ah Japan. The land of the strong fermented rice drink, sake. Sake’s great and all, but it’s not the kind of thing you can drink in an izakaya (that’s a traditional Japanese pub for you uninitiated) with the locals all night. You could try, but we promise it won’t end well. Trust. So relax with a classic Asahi, Kirin or Sapporo, or get crafty with one of these breweries…

Need a pint, like, now?! Find a cheap flight to your chosen beer haven.