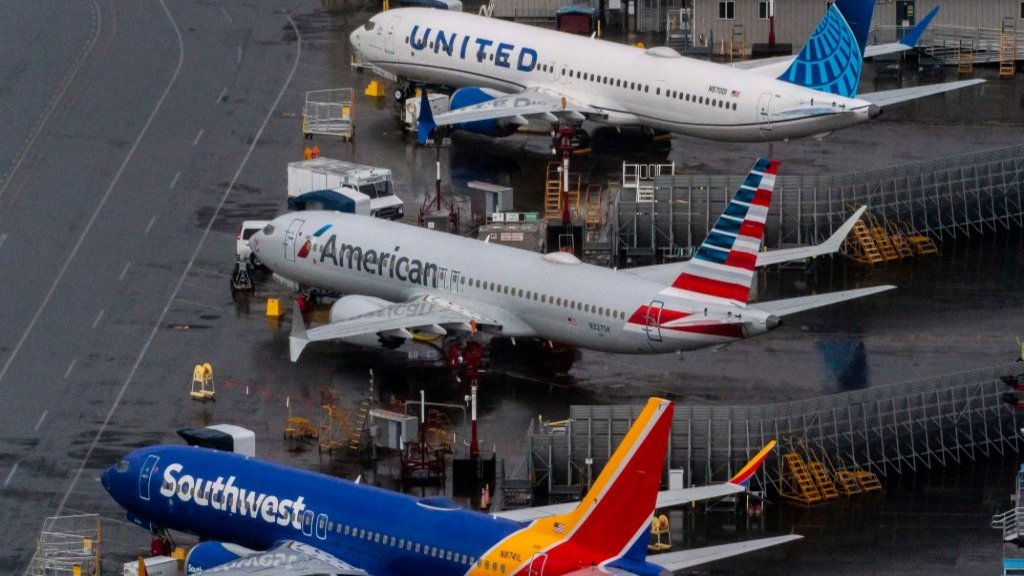 It’s about Southwest and the Boeing 737 MAX. And, it comes down to a single word:  trust.

You’ll recall, although it might seem like ancient history, that the 737 MAX was grounded worldwide last year after a pair of crashes that took the lives of 346 passengers.

The FAA this week rescinded its no-fly order for two versions of the 737 MAX (which Boeing refers to as the 737 MAX 8 and 737 MAX 9). Since Southwest is Boeing’s biggest U.S. customer for these aircraft, and since it’s had 34 of them sitting in storage for 20 months, the airline faced an important decision.

Should it continue to fly the 737 MAX? And if so, should it run a rebranding campaign, to redirect passengers from a name that attracted so much adverse publicity?

First, the decision to continue flying, which for Southwest appears to be a resounding yes.

Top Southwest executives pronounced their faith in the 737 MAX aircraft last week, saying they hope to start using it again for passenger flights in April, and that they wouldn’t fly the plane if they weren’t convinced that it’s now safe.

Southwest CEO Gary Kelly even promised to start flying them himself next month, ahead of passenger service.

As for a rebranding, which seemed like it might be in the cards not long ago, the answer seems to be “no.”

Kelly said that Southwest will “absolutely” continue to refer to the aircraft as the 737 MAX for the foreseeable future, and Southwest has devoted part of its website to it, calling the plane the 737 MAX.

This rebranding notion wasn’t just an academic discussion. President Trump took to Twitter to say he thought the 737 MAX should be rebranded. And it seemed Boeing might be inching toward that decision in a sales report at one point.

However, Boeing’s CEO Dave Calhoun also said that a name change would be “sort of silly,” and Boeing’s website and latest press release continue to refer to the  737 MAX.

Let’s mention two important points about Southwest. First, the airline flies only 737s, and while it’s always possible that could change, its brand is very much tied up with Boeing’s.

Second, there are several variations of 737 airplanes. Besides the 34 “737 MAX” aircraft in its fleet, Southwest also has 713 other, older variations of the 737 that weren’t affected by the FAA order.

Look, it remains to be seen how customers will react to the return of the 737 MAX. There were surveys suggesting some flyers would avoid it, but that dates back more than a year, and the 737 MAX has been a bit out of sight, out of mind since then.

Also, the pandemic has overshadowed everything else in the airline industry. But if some passengers might not want to fly the jet, Southwest says it will try to accommodate them. And I think that illustrates why the decisions here come down to figuring out which strategies will engender the most customer trust.

No matter what product or service you sell, customer trust is your most valuable commodity. Smart customers pick up quickly on attempts to trade that trust for a fleeting advantage.

When that happens, look out: things can fall apart very fast. That would be the real risk here for Southwest, or Boeing. If either tried simply to fly the same plane with a different name, they’d risk passengers losing faith not just in the 737 MAX, but in their brands as a whole.

So, the only real options were to stop flying the 737 MAX indefinitely, or else be 100 percent certain that they are now safe aircraft–and then fly them proudly, boldly, regaining customer trust one flight at a time.

It goes without saying that I hope this works, both because of passenger safety, and because so many jobs and other economic factors all tied up in the success of Southwest and the 737 MAX.

I also hope your business will never face such an existential challenge. But if it ever does, it’ll be worth remembering what Southwest and Boeing seem to have recognized here.

There’s no real shortcut to building trust with customers, but there are sure a lot of ways to lose it quickly. Trying to paper over problems by slapping a new name on a troubled product might just be one of the quickest.

How to Clean a Wool Rug