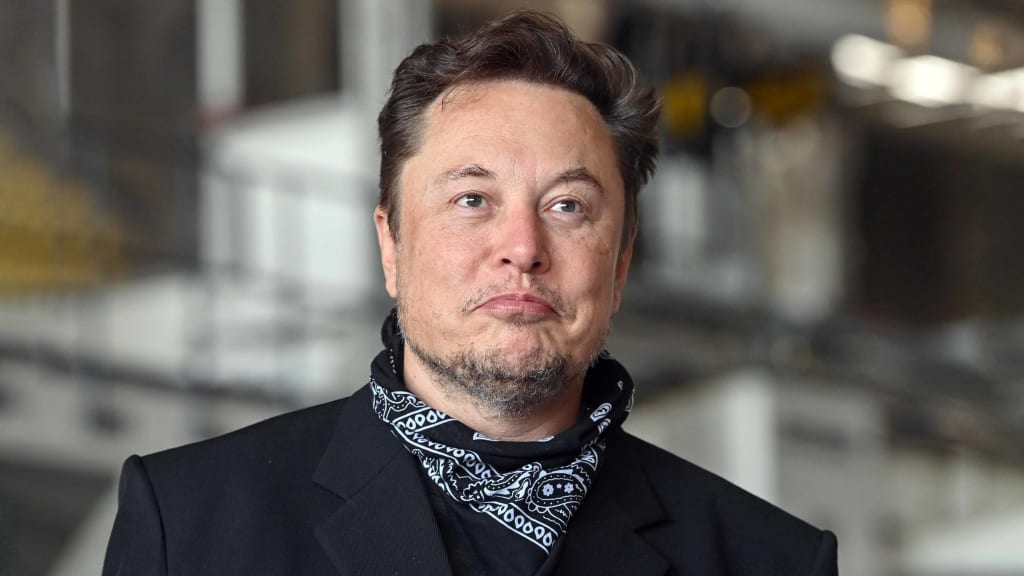 It starts with the fact that sometimes, people who spend a lot of time following people on Twitter can forget that Twitter isn’t reality. It might be a giant bubble, but it’s a bubble nonetheless.

Case in point: Ben Smith, who writes a column about the media for the New York Times, one of the most influential newspapers in the world. Yet, he recently explained:

“I live on Twitter much of the time, where yesterday is old news, and everyone assumes you know the context. I find it hard to hit the brakes to look at a print newspaper …”

Maybe you’re like me, in that this concept of basically living on social media seems foreign.

But imagine if you had hundreds of thousands of Twitter followers, maybe even millions, and you added many more each month. On top of that, imagine if you were so enamored of Twitter that you tweeted constantly, despite many other responsibilities, such as being the CEO of multiple companies at once.

In other words, imagine being someone like Musk: a man with 60 million followers and more than 15,000 currently published tweets–someone who can anchor crypto, move markets, and sometimes create big headaches for himself, all from his smartphone, in 140 characters or less.

He can also count on quick, positive reactions from tens of thousands of people to even his most casually shared thoughts–all displayed publicly for the world to see.

That context made me pay attention when two things happened recently:

Our story started at Tesla’s A.I. Day, when Musk revealed that Tesla is working on a humanoid Tesla robot. Standing 5-foot-8, weighing maybe 125 pounds, these robots would be “semi-sentient,” with screens for faces, Musk said.

Also: “friendly, of course,” and designed to do things like go to the grocery store on their owners’ behalf.

Musk seemed excited by the idea. He envisions this, apparently, as the natural outgrowth of Tesla’s self-driving aspirations. He also predicted that Tesla will have a prototype ready in a year or so.

Now, when I covered this contemporaneously, I mused about what it would really do to society to unleash 5-foot-8 semi-sentient, humanoid robots among us. Also, I wondered to what degree it had occurred to Musk that not everyone might view this as progress.

Given that Tesla’s leadership team is 83 percent male, for example, I wondered if a team like Musk’s might not have considered that a robot the size of MMA champion Connor McGregor would be significantly bigger than an average American woman.

That’s why when I heard about this survey, I asked the folks behind it to share cross-tabs breaking out responses from men and women. In fact, reactions did indeed break  down sharply among gender lines.

The one place where men and women more or less agreed? About 52 percent of women, and 57 percent of men, said “yes” when asked: “Do you think [Musk’s proposed robots] will bring the feared robot vs. human conflict closer?”

Now, I don’t know if Musk and Tesla will really have a prototype of this humanoid robot within a year. Even if they do come up with something, I wouldn’t be surprised to see that it doesn’t wind up looking like what Musk described on that day in August.

I also suspect that if Tesla suddenly were to start unleashing these things on the world, we’d see cities, towns, states, and national governments moving at a breakneck pace to regulate them.

But, I think the survey data is striking, and it suggests a big lesson here. It’s one that applies whether you’re following a billionaire entrepreneur like Musk, or writing at a place like the New York Times falling into habits, or leading a business in just about any industry, and asking the same people over and over for advice and validation.

Beware of the danger. No matter how broad your horizons seem, no matter how big your bubble, there’s always a bigger world out there waiting to challenge your perceptions.